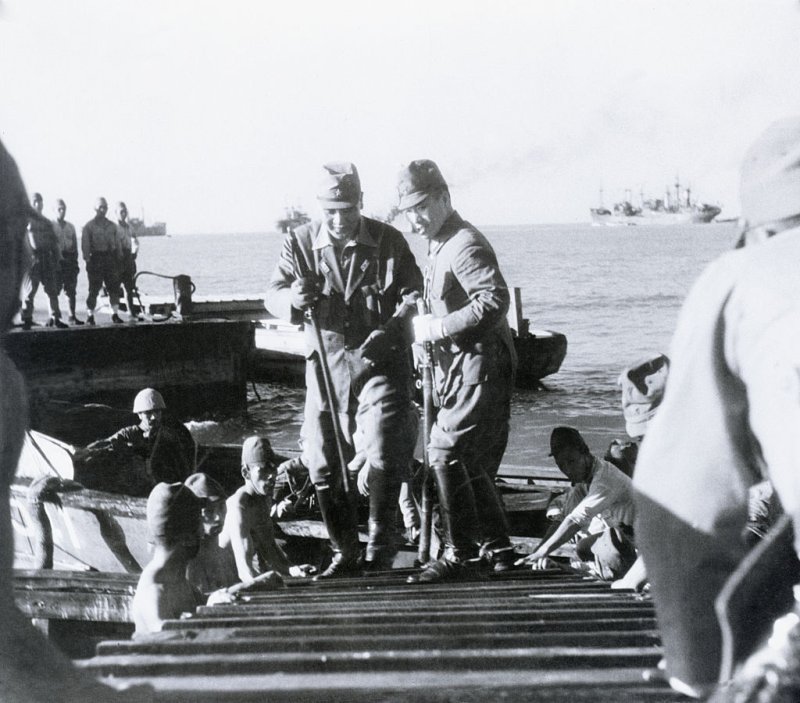 (Time) ighty-one years ago, on Dec. 7, 1941, the Japanese bombed U.S. Pacific fleet and Army and Navy aircraft at Pearl Harbor on the Hawaiian island of Oahu, killing some 2,400 military personnel and civilians.

The attack marked the beginning of America’s combat role in the Second World War. But Pearl Harbor wasn’t the only attack on allied positions in the Pacific that week.

The Japanese launched assaults on the American territories Guam, Wake Island, the Philippines, and British territories of Hong Kong, Malaya, and Burma. As the National World War II Museum explains Japan’s strategy back then: “As Adolf Hitler’s armies rampaged across Europe, overrunning Germany’s neighbors in 1939-40 and threatening to invade the British Isles, the European colonial empires in Asia lay nearly undefended, ripe for the picking: the Malay Peninsula, the Dutch East Indies, Indochina. Rich sources of raw materials lay in all of them, rubber, tin, and especially oil, the precious lifeblood of any modern economy.”… Read More 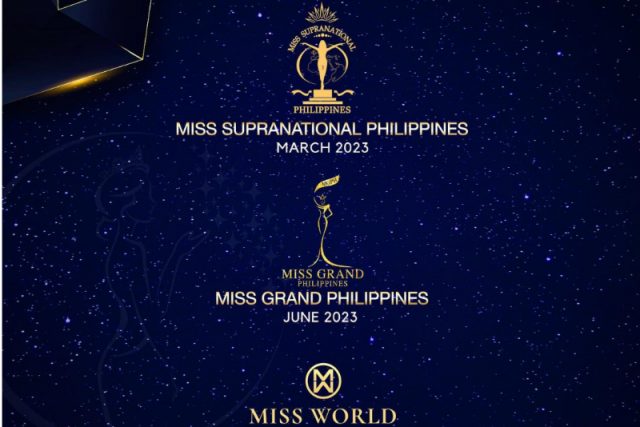 (Interaksyon) Three international pageants are set to launch their next editions in the Philippines in 2023.

These pageant titles are as follows:

Winners in these competitions, therefore, will be sent to represent the Philippines on the global pageant stage.

This news was posted on the Facebook page of ALV Pageant Circle, the local franchise holder of the Miss Grand International (MGI) pageant, on December 5.

“Mark your calendars and save the dates! Three of the most prestigious titles in global pageantry, all set to unfold in 2023,” the post reads… Read More (The Manila Times) His mouth works faster than his brain — he says things he hasn’t thought of yet. – from Reader’s Digest

poster
SOME ideas and statements are so obtuse that they are fated to outlive and live long, long after their original speaker or writer.

In this strange category of immortal or unforgettable speech speech belong these Filipino specimens:

This statement, which is probably the most infamous ever made by a Filipino politician, is attributed to Sen. Jose Avelino, the first Senate President of the Third Republic and a Liberal during the Liberal administration of President Elpidio Quirino (1948-1953)… Read More 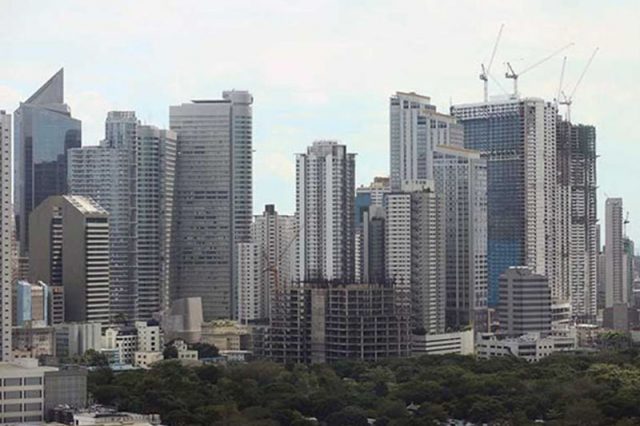 (Interaksyon) MANILA— The Philippines on Monday lowered its economic growth target for 2023, taking into account an anticipated weakening in global activity, but retained its expansion goals for the succeeding five years.

The Southeast Asian nation’s economy is now expected to grow 6.0%-7.0% next year, a lower and narrower range compared with the previous official goal of 6.5%-8.0%, the inter-agency Development Budget Coordination Committee (DBCC) announced in a media briefing.

“It is the global slowdown that is affecting the adjustment,” Finance Secretary Benjamin Diokno said…. Read More

(BusinessWorld) PRESIDENT Ferdinand R. Marcos, Jr. on Thursday said the Philippines might explore for oil and gas in areas it claims in the South China Sea outside a government-to-government arrangement.

The Philippines has major differences with China on joint exploration talks, he told reporters.

“There might be other ways so it does not have to be (government to government,” he said. “We’ll have to find a way… because we need it already.”

Oil exploration talks between China and the Philippines under ex-President Rodrigo R. Duterte got canceled in June after the parties failed to reach a compromise.

Policy and investment analysts said exploration activities in the disputed waterway should be led by the government because it involves sovereignty issues.

“Exploration activities in disputed waters should always be led by the Philippine government because these activities involve issues relating to sovereign rights and international law,” Terry L. Ridon, an investment analyst, said in a Facebook Messenger chat.

“The private sector cannot afford to take financial and political risks over areas that remain in dispute to this day, despite the Hague arbitral ruling in 2016,” he said, adding that oil exploration is a sovereign act and private companies merely act as state agents… Read More 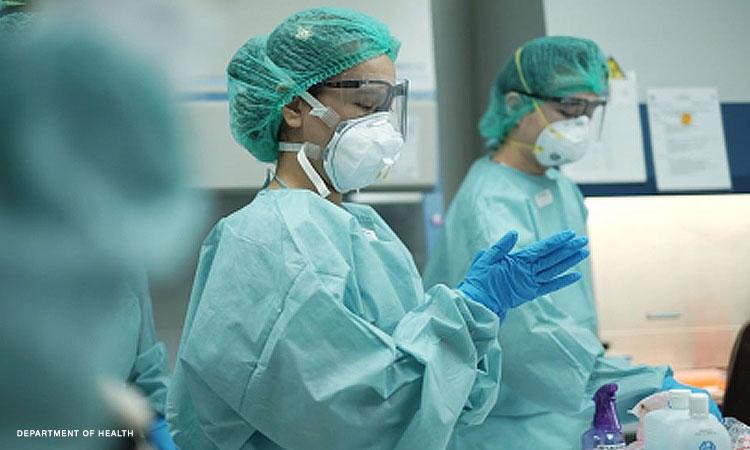 (CNN Philippines) Metro Manila — Experts of the Department of Health (DOH) have estimated that the daily COVID-19 cases during the upcoming holiday season could reach as high as 3,172 if minimum public health standards are not observed.

“The latest projections by our experts estimate that if low compliance with minimum public health standards continues, the highest we can expect is 3,172 cases.” DOH officer-in-charge Ma. Rosario Vergeire said during a Friday media forum.

It was previously projected that—with low compliance with health standards in mind over the holidays—national daily cases could range from 1,140 to 2,294.

Right now, we are at 1,288 so it could possibly double or triple depending on our compliance with minimum public health standards.. Read More 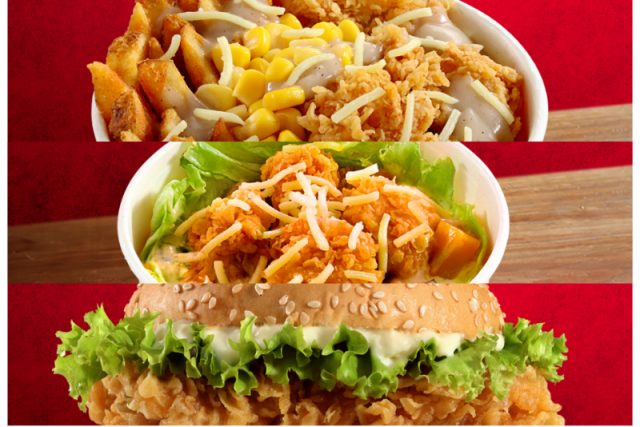 (Interaksyon) A popular fast-food chain unveiled its “secret menu,” signature food items known to a select few patrons only, to the public in time for the holidays.

The Double Zinger – This version of the popular Zinger burger comprises two Zinger patties in a spicy-flavored sandwich. This amps up the spicy experience of the crowd’s favorite burger offering.

The KFC Sloppy Shots – This snack is perfect for fans who love to drench their food with gravy. Each bowl of KFC’s signature fries is drenched in the brand’s “Original Recipe” gravy. The gravy-filled bowl is also topped with corn and cheese, thus making the bowl “sloppy shots.”.. Read More 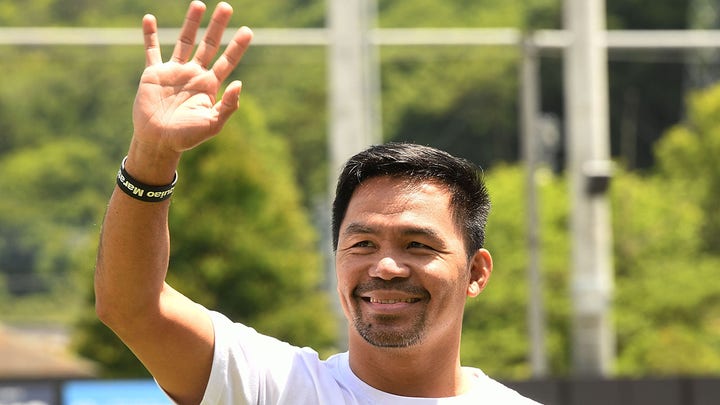 (Fox News) Manny Pacquiao has had a legendary boxing career, and he may have gotten more help than he would have asked for in 2000 when he fought Nedal Hussein.

Pacquiao won the fight via technical knockout after Hussein was declared unfit to keep going in the 10th round of the bout. However, when Pacquiao was knocked down in the fourth round of the match, referee Carlos Padilla admitted in a recent interview he gave the Filipino boxer extra time to get up off the mat.

“That fight, I’m about to go and leave the following day, and they told me, ‘Carlos, please… this is an important fight for Manny Pacquiao because the winner will have the chance to fight for the world championship,’” Padilla said in an interview on the World Boxing Council YouTube channel… Read More 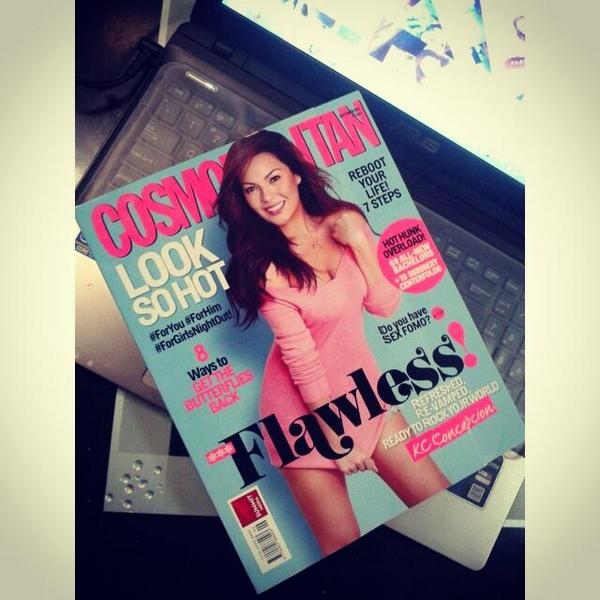