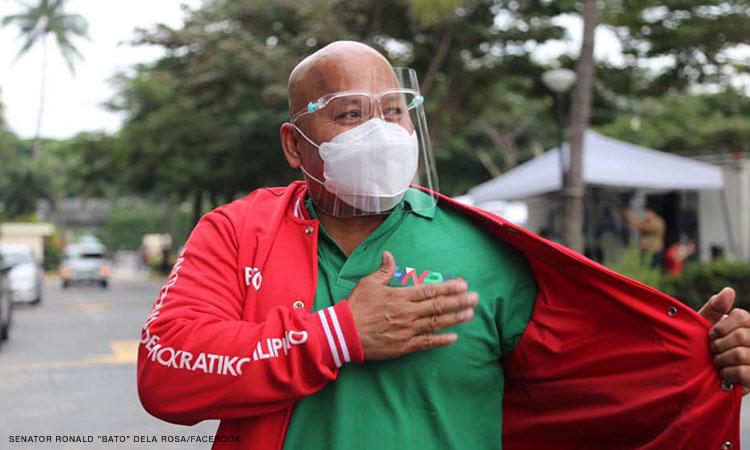 Dela Rosa submitted to the Commission on Elections (Comelec) his certificate of candidacy (COC) for president on Friday — the last day of filing.

He will be the standard bearer of the ruling party PDP-Laban, and will run alongside fellow senator Bong Go, who filed his COC for the vice presidency on Saturday.

Asked about the surprise move, Dela Rosa said hiding his candidacy was merely a “strategy.”

“‘Yan ang diskarte, kasi kung maaga ka magbalita, titirahin ka talaga. Kaya tinatago natin,” Dela Rosa said in a speech after the filing, adding he has long been considered by the party to be its standard bearer for next year’s elections.

[Translation: That’s the strategy, because when you announce early, they’ll target you. That’s why we have been hiding it.]

The senator, however, said he would be willing to step aside if Davao City Mayor Sara Duterte eventually decides to run and would be adopted by the party… Read More