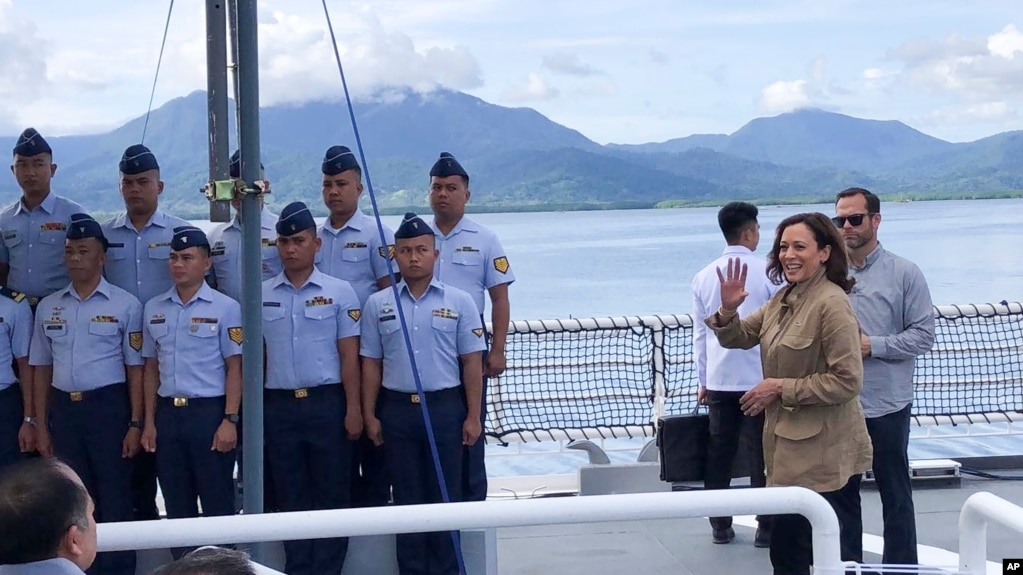 (Voice Of America) U.S. Vice President Kamala Harris is flying to a western Philippines island province at the edge of the South China Sea on Tuesday to amplify America’s support to its treaty ally and underline U.S. interest in freedom of navigation in the disputed waters, where it has repeatedly chastised China for belligerent actions.

A new confrontation erupted in the contested waterway ahead of her visit when the Philippine navy alleged a Chinese coast guard vessel had forcibly seized Chinese rocket debris as Filipino sailors were towing it to their island.

The long-seething territorial conflicts involving China, the Philippines, Vietnam, Malaysia, Taiwan and Brunei have long been regarded as an Asian flashpoint and a delicate fault line in the U.S.-China rivalry in the region.

In talks with President Ferdinand Marcos Jr. in Manila on Monday, Harris reaffirmed Washington’s commitment to defend the Philippines under the 1951 Mutual Defense Treaty, which obligates the allies to help defend any side which comes under attack.. Read More